CHARLESTON, South Carolina - As reported by Cardplayer.com: "Before the defendants’ attorney even finished his closing argument, the judge spoke up and made his opinion known. 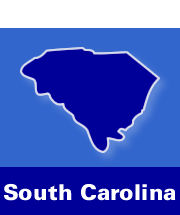 is a game of skill. There was no doubt in his mind.

While that belief is old news to many poker players, there haven’t been many instances where a judge has explicitly vocalized it in a court of law. But Municipal Judge J. Lawrence Duffy did exactly that on Friday in Charleston, South Carolina, in the middle of one of biggest poker-related trials of the new year.

“It really shocked us,” said Bob Chimento, one of the five defendants in the case. “I don’t personally know how he can’t rule in our favor.”

While Judge Duffy said that it was clear to him that poker was a game of skill, he said that he needed to still decide if the defendants’ conduct broke the law. That decision will be announced Thursday..."