Brexit Impact On The UK Casino Industry - What Will Happen?

The UK, as one of the wealthiest and strongest countries in the world, has decided to leave the European Union and continue on its own. While this is not something that should affect the average people, 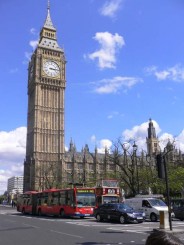 it could affect the UK’s online gambling industry. But is this even important, especially if you are not a fan of gambling? Well, the study showed that half of the UK’s population is engaged in some kind of betting/gambling to the point that it spent millions of pounds each year. But, is Brexit going to affect the casino gambling industry that generates a huge revenue annually?

What About Licenses and Regulations?

As you know, the UK has been in charge of online casinos for many years, even for those that do not operate in Europe. With the Brexit decision, it may be imperative to form a new commission that would issue the licenses to the casinos. However, no officials have confirmed this. If that was true, it would mean that all the existing casinos would need to upgrade their licenses, which would be huge devastation for the entire market. Especially when we consider that the United Kingdom Gambling Commission controls jurisdictions of Gibraltar, Malta and the Isle of Man.

For example, some online casinos would close their lobbies due to the higher taxes, which could lead to the problem of finding an appropriate place for gambling. In the review on Betchan casino you can find that it is one of the best new operators in the industry, might have to update their MGA gambling license and even cut down the bonus offers to get back in the normal state after the Brexit impact. Imagine if every online casino does this. It could prolong the gambling activities and even drive away players to some other places or industries as well. Again, this is all a theory as no operator did confirm this earlier.

The Situation in Gibraltar

Gibraltar is one of the countries with the highest number of casino operators due to the low taxes that the operators pay on the profit. Therefore, this country is going to be affected first by the Brexit decision and how huge the impact is going to be, we can only guess. But, seeing from the general perspective, it could face the consequences.

As much as the Brexit decision does not seem a huge change, it could actually affect the people in the gambling industry, especially in the land-based casinos where staff that lives in Gibraltar has to cross the border with Spain to get to the work. In case the UK leaves the EU, Gibraltar must do the same. To make things even worse, 98% of Gibraltarians expressed the feeling of staying within the UK, denying the Spanish sovereignty.

This could lead to a situation where the people in Gibraltar would have to cross the border by plane or ship as the land border will be closed to them. This country has 30 gambling companies, including the online operators that offer bingo play and sports betting, but the biggest problem came when the UK’s court ruled that the companies had to pay higher taxes (which used to be only 1%) and acquire the UKGC gambling licenses so these could operate normally and without the restrictions.

The loss of a huge market’s portion

There are around 500 million people that gamble daily in Europe and leaving Europe would mean for the UK losing a good portion of this market. This also means that the companies in Gibraltar would want to set out and settle in some other country with lower taxes, especially due to the potential border-crossing problems that brick-and-mortar casino staff could face. No company has announced specific moves. However, companies like William Hill have already formed Brexit Working Group to stay up to date with the decisions and regulations that might impact their business. Therefore, you can conclude that the final decision might affect the market and its state.

What does Leaving Brexit Mean for Players?

While the operators might suffer from Brexit issue, the bigger problem are going to have players who play regularly in online casinos. Once they find a reliable and safe operator, they stick to it and play constantly there. Due to political changes, the operators will have to update their licenses. It is a process that might take some time before it is completed, which can result in losing the clients and money at the same time. Therefore, the players are likely to start looking for other places to deposit money and this negatively impacts the operator.

Another potential problem is that the UK will influence other countries to exit the EU and form their own policy and regulations on gambling, which will again set new changes in the industry. This could lead to rejecting all foreign operators as the countries will want to stimulate players to spend money in the domestic casinos. The players would be restricted and will not have an abundance of choices. On top of that, it will reduce the number of promotions and bonuses but can also potentially lead to the rise of illegal casinos, which will hit the players in the end. Considering the entire situation and potential issues, this might ruin the overall gambling market and affect the profit within the industry regarding both operators and players.

Taking everything into consideration, we could say that the political changes regarding Brexit and leaving the EU could affect the gambling industry to some point. Again, the experts predict that the impact should not skyrocket and influence some bad changes that would decrease the demand for this activity but rather enforce it once everything settles down. Still, we have to wait to see this in a full picture. One thing is for sure – the players will continue to gamble, either in one or other casinos. It is just the question of the time frame that will be needed for settling everything down and continuing in the same direction!