Club USA Casino has good craps action at their site. They offer private, public and reserved tables. The minimum bet is $1 and the max is $500. The casino offers behind the line odds. Nice graphics and sound add up to a satisfying craps experience. Good shooting.
Play Now at Club USA Casino!
Free Slot Tournaments Going on Now at Roxy Palace!

NEW LONDON, CT -- As reported by theday.com: "Richard “Mr. Casino” Taylor proclaimed himself “the best dice player in the world” and declared his innocence just minutes 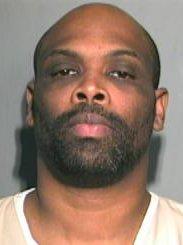 Richard "Mr. Casino" Taylor  before he was sentenced to 10 years in prison this morning for masterminding a craps cheating conspiracy that cost Foxwoods Resort Casino an estimated $70,000 and ruined the careers of a dozen employees.

A New London jury found Taylor guilty in May of cheating, conspiracy to commit cheating, first-degree larceny and conspiracy to commit first-degree larceny. It was the first major cheating trial in the state that plays host to two of the world’s largest casinos. According to court testimony, Taylor had recruited dealers who were willing to pay players for late or illegal bets, then met up with the casino employees outside the casino to pay them for their services. The scam involved a dozen employees, including dealers and managers.

Taylor maintained his confident attitude and his innocence to the end, strutting into the courtroom in his prison tans in the same manner that dealers testifying at the trial had described him walking up to craps tables with large amounts of money and women on his arms. He said the former Foxwoods employees were liars. In taking his case to trial, the 43-year-old Memphis, TN resident had rejected the state’s offer to plead guilty in exchange for a four-year-prison sentence..."